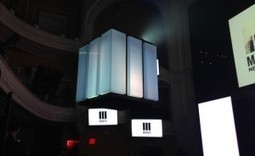 Online video network Maker Studios is best known for managing its partner channel, but Maker has recently extended its services by producing a growing crop of original web series. At its first ever Digital Content Newfronts presentation, Maker teased eight new web productions, most of which will include the network’s talent.

Several of Maker’s upcoming originals come directly from the minds of its talented creators. For instance, Chester See will star in a scripted series called Over The Top, which is loosely based on his attempt to make it as an independent musician in Los Angeles. Maker co-founder ShayCarl is producing a web series with Maker, too; it’s called ShayLife and

I’m assuming you’re all over this by now as this new web series & video trailer have been getting tons of global buzz in the last few days. But if you don’t know about it, you should.
Via 1001tales.posterous.com