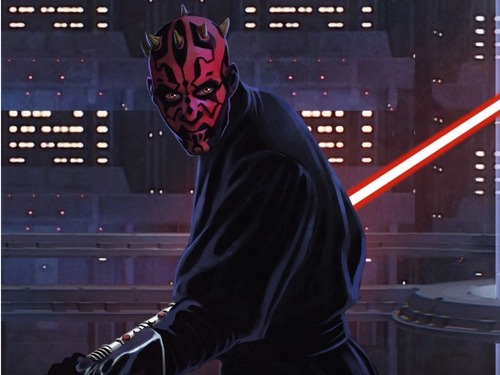 I just realized this morning that not only has Disney acquired Star Wars, Disney has also now entered into a relationship with one of the most active, devoted & proprietorial fan communities on the planet.  As my sister (mother of two boys & wife of a 40 year old Star Wars die-hard fan) told me, ‘You out grow Sponge Bob. You don’t outgrow Star Wars.’

Now how exactly will Disney deal with the proliferation of fan-made content, remixing, rewriting & generally messing around in the Star Wars story world? Lucas’ relationship with fans & fan-made content has a long & varied history. Henry Jenkins has written about this extensively (2006), as has Lawrence Lessig (2008). In a recent essay for Linda Hutcheon’s A Theory of Adaptation 2nd Edition on the impact of digital media on adaptation (product & practices), I wrote about Casey Pugh’s crowdsourced remake of Star Wars, viewable on YouTube, which in our Web 2.0 era, lives happily on the web and hasn’t been locked in a vault as was the 1980s fan remake of Raiders of the Lost Ark, Raiders: The Adaptation. I post an excerpt here as I will be watching in fascination to see how the future of Star Wars unfolds.

Given that LucasFilm had JUST announced (Oct. 23 2012) a partnership with Casey Pugh to remake The Empire Strikes Back as a fan remake again in 15 second scenes, I’m totally intrigued.

“…In July 2009, Casey Pugh invited a global audience to help remake the original Star Wars Episode IV: The New Hope in the form of 473 15-second clips to be posted to the film adaptation’s website (http://www.starwarsuncut.com/). Pugh’s project was not the first shot-by- shot remake of Star Wars: The New Hope, for Toy Wars (2002) remade the film with movie action figures (Jenkins 2006: 147). Fans from roughly 20 countries remade clips in a wide range of styles, including live action, multiple styles of animation and anime, puppets, LEGO, grindhouse, Yellow Submarine-style, stop motion, and the list goes on. There was no attempt at continuity in style, location, or actors and as multiple versions were uploaded for individual clips, fans voted on what version would make the final cut. The result is a glorious, hilarious testimony to fan devotion and enthusiasm for playing with the “original” content, and to adaptation as an act of communal ownership of a story deeply embedded in the consciousnesses of multiple generations across the globe. Pugh’s crowdsourced adaptation, “an official, perfectly imperfect shadow version of the original film” (Lloyd 2010), was posted live online as Star Wars Uncut in August 2010, and then went on to receive an Emmy for “outstanding creative achievement in interactive media” (Stelter 2010). Although restricted by an NDA, Pugh has stated that Lucasfilm supports the project and there appears to be the potential for future cinema release. The film can be viewed in full on YouTube and on the website

What the easy accessibility of Pugh and his collaborators’ adaptation demonstrates is that media conglomerates no longer own the channels of production and distribution in the way that they did in the last century. Further, control of IP and thus adaptation is no longer a straight- forward legal cease and desist affair, leading to prosecution. Instead, fans can and do mobilize in response to what they perceive as betrayals of their loyalty. Unlike Raiders: The Adaptation, Star Wars Uncut was made in the very public space of the internet; production and editing were crowdsourced, meaning that the community was interconnected throughout the process. Pugh intentionally took advantage of the connectivity of the web to create an aggregate work that is the logical extension of fan-generated content posted on YouTube since its 2005 launch. The connectivity of the net has circumvented what fifteen years ago would have been a cease and desist action against copyright infringement. What Star Wars Uncut has achieved is a middle ground between what Grant McCracken (2010) defines as the economies of scarcity and plenitude. In the first, the corporation retains complete control (he cites Disney), believing value and revenue depend on the scarcity of content, and in the second, corporations realize they “have a right to retain copyright but they have an interest in releasing it” ( McCracken 2010; quoted in Jenkins 2006: 158)….”