The WordPress.com stats helper monkeys prepared a 2013 annual report for this blog.

The concert hall at the Sydney Opera House holds 2,700 people. This blog was viewed about 12,000 times in 2013. If it were a concert at Sydney Opera House, it would take about 4 sold-out performances for that many people to see it.

The busiest day of the year was June 17th with 338views. The most popular post that day was World War Z’s Creepy In-Game Transmedia Campaign .

From the Press Release:

“Red Right Hand Publishing wants to change the way people experience books. The Toronto start up has created a Transmedia Book Publishing model that incorporates various platforms and media to tell a single narrative. Unlike other transmedia books attempting to find footing in the marketplace, Red Right Hand views the multimedia components of their products as an opportunity to expand the narratives of their stories as opposed to just a means of tacking on special features like videos of the author reading excerpts or animated pictures for children’s titles. However, they are finding industry norms hard to break.

The Black Chronicle is the company’s debut project; A very dark story about one mans unintended involvement in the hunt for the world’s most notorious serial killer, known simply as ‘Mister’.

By requiring the reader to fill out a short online profile at the beginning of the book, and downloading an app they have created for smartphone and tablets, various triggers throughout the story are then capable of rolling out content to them in the form of sample chapters, emails from the characters, pictures messages and videos right to their phones and even eerie phone calls Mister himself.

“We felt the horror/thriller genre made the most sense for our first book,” says Oldrich Stibor founder of Red Right Hand publishing and author of The Black Chronicle. “We wanted to create an environment for the story to live in even when the reader didn’t have the book opened in front of them. The key to that being, when they trigger the transmedia bits throughout the book they have no way of know what it’s going to be or when it’s going to come. It could trigger something instantly or it could come many hours later. That coupled with the very tense and dark tone of the book, we believe creates a kind of anticipation and connectedness between the reader and the story, even when they’re not actually reading it.”…

read more of the press release at www.horror-movies.ca/

See the original, and one of the films biggest inspirations at thesnowman.com ”

“The blockbuster video game is now a groundbreaking digital graphic novel! Batman: Arkham Origins – A DC2 Multiverse Graphic Novel immerses readers into the world of Batman through dynamic artwork integrated with a full soundtrack. In this new story set before the events of the game, you make the choices for the Dark Knight…and reap the rewards or consequences.”

fascinating – a transmedia extension to explore Harry Potter’s early years.  Warner Bros is involved and who knew that WB is behind a musical version of  Roald Dahl’s Charlie And The Chocolate Factory? That production is  currently at the Theatre Royal, Drury Lane, and directed by Sam Mendes. Smart smart, as either one will be touring production gold. 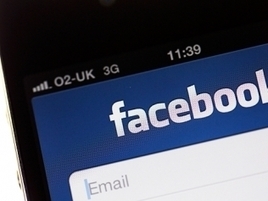 Even though the first ad will only be seen by a fraction of Facebook’s audience, the unit is expected to eventually roll out as an expensive pu­rchase (up to $2 million a day, per reports) that reaches millions upon millions of consumers per day. In other words, Twitter’s Promoted Trend—which costs around $200,000 per day—has company in terms of buzz-minded social ads products. Television brands have been active Promoted Trend buyers to spark timely conversation. So it’s reasonable to believe that broadcast and cable marketers will regularly tap Facebook’s auto-play ad to push TV shows. Imagine how many times a plot-driven 15-second spot for The Walking Dead or Mad Men would be shared, liked and commented on leading up to their respective premieres?…” 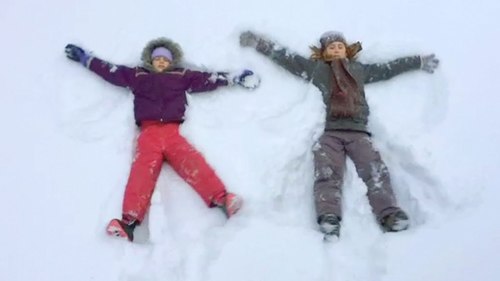 A teenage boy surprises his family with a thoughtful holiday gift.