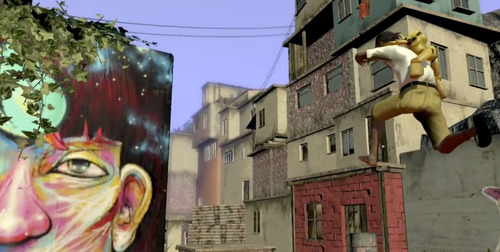 Co-funded by the CMF (Canada Media Fund) and Sony’s Pub Fund scheme, Papo & Yo is a platform-based video game with a twist: it is inspired by its creator’s difficult childhood. It notably features a monster which is addicted to frogs, and who goes mad if he eats too many. The parallel with an alcoholic father does not however limit the game’s playability, as creator Vander Cabellero explains to Ars Technica here. Papo & Yo is set to be released on the PlayStation Network mid-August

Error: Twitter did not respond. Please wait a few minutes and refresh this page.